Get it from your favorite local book store and all the online retailers.

Paperback and Kindle at Amazon.com

Paperback and Nook at Barnes & Noble.com 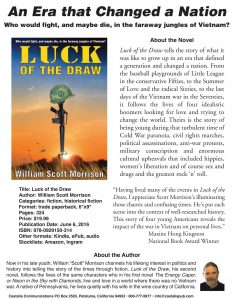 Click for a jpg of the  Luck of the Draw cover.