Every songwriter should know the history of one of the most important tunes in American music. The melody was originally a sea shanty, published in 1865, called “The Ship that Never Returned,” by songwriter Henry Clay Work (who also wrote “My Grandfather’s Clock”). It’s first incarnation as a train song was as “The Wreck of the Old ’97,” when the lyrics were rewritten (as is common in folk music) about a 1903 train wreck which claimed the lives of eleven people who never returned. Later, in 1924, when records were first becoming popular thanks to the development of radio and the electric phonograph, it was the first million-selling record in America and the subject of the first major copyright lawsuit over sound royalties on records. After years of delays, the writer of the new lyrics finally prevailed against the record company (RCA) and was awarded $65,000 (over $900,000 in today’s dollars) on sales of five million records ($.013 per unit), but he died before he could collect (songwriting is like that). In recent decades, it has been covered by performers such as Johnny Cash, Hank Snow, and Flatt and Scruggs.

In 1948 it was rewritten as a humorous campaign song for a Boston mayoral race, and in 1959 the Kingston Trio turned that version into a  hit, “The M.T.A. Song” (often known as “Charlie on the M.T.A.”), about a guy who boards a Boston M.T.A. subway car and never returns. The single reached #15 on the Billboard charts and the album reached #1 and stayed on the charts for two years. I was in sixth grade at the time and was a huge fan of the Kingston Trio, the most popular musical group of the late 1950s and the early 1960s (three of the top-ten albums of the 1960s were by the Kingston Trio).

My audio version below (recorded in 1988) was written in response to the excesses of the Reagan-era and the “Decade of Greed.” It is still a train song, but the master tracks are lost and as a result I haven’t updated the vocals to keep up with the times, but if you are a performer all you need to do to turn this tried-and-true tune into a 21st century hit is to replace “soybean futures” with “subprime futures” and “in the Eighties” with “in the Trump age” and–presto!–it’s up-to-date.

Recorded at Phil Hersh’s studio in Forestville, California. Phil played guitar, bass and banjo as well as having engineered the session.

The video version here is part of my Three Chords and a Cloud of Dust songwriter demo series. In this song there really are only three chords. I have also updated a few of the verses for the Trump Age.

Beneath are my lyrics and links to other versions and articles on this famous song. This tried and true tune is just itching to become the first song to be a hit in three consecutive centuries! 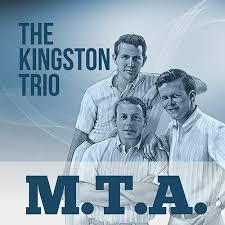 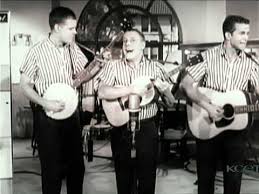 This is from Johnny Cash’s concert at San Quentin prison and is probably the most famous version in the modern era.

This recording was officially the very first record to sell a million copies (eventually selling five million!) and was the centerpiece of the lawsuit. A short history of the song and the actual train wreck can be found here.

“The Ship That Never Returned”

This version of the original song by Henry J. Work from 1865  is the best one I’ve found on the internet.

Well let me tell you all a story about a man named Charlie
And the new American way.
He went to the right college and on to business school
Then they put him on the MBA.

Charlie took a job in the caverns of Wall Street
For a real good starting pay.
He made a meteoric rise up the corporate ladder
He could really play that game.

But he never stopped to smell the roses
The thorns got in his way.
He kept his nose buried deep in the “Wall Street Journal”
He was ridin’ The MBA.

Well Charlie’s wife liked to shop at Bloomingdale’s
And his mistress at Tiffany’s.
What with the house in the country and the payments on the Mercedes
He couldn’t quite make ends meet.

So he made some personal investments using corporate finances
But he rolled them over every day.
Till he took a flyer on some dot-com futures
And the market went the other way.

Well Charlie neglected to cover his assets
And his company had to pay.
So the board of directors called Charlie on the carpet
And they threw him off The MBA.

Now Charlie’s hanging out I a banana republic
Where a little money goes a long way.
The statute of limitations gives him five more years
Till he can ride The MBA.

Well isn’t life much simpler living in the Zeroes
Now that we can safely say
there can be universal peace and happiness for mankind
If the world rode The MBA.