I uploaded this Mp3 and published the story of this song as a page in the songwriting section of this website a few weeks ago, but the recent massacre in Orlando compels me to update it as a blog post as well. As I mention in the story below, I’ve been sending this out since the mid 1990s every time some crazed gun-nut with military weaponry blows away a few of our fellow citizens. So here we go again.

This is my quixotic attempt to change the culture and the minds of the idiotic Supreme Court justices who can’t seem to read the Constitution. A “well-regulated Militia” means EXACTLY what it says. The NRA has the second clause of the 2nd Amendment emblazoned in gold-leaf lettering in the entrance to its huge headquarters building just outside of Washington, the one that read: “the right of the people to keep and bear arms shall not be infringed.” But they conveniently omit the most important part, the reason the amendment exists in the first place: “A well-regulated Militia, being necessary to the security of a free State,”. The historical record is quite clear that the amendment was designed to promote the militias of the day. Period.

Since then every time another massacre occurred I’d send tapes (and later Mp3s) out to radio stations and sing it at open-mics in hopes of injecting it into the public consciousness. Although I got good responses singing it live, I was never able to get it on any radio station. 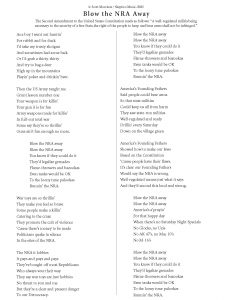 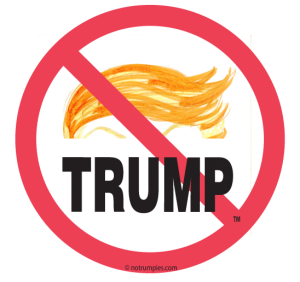 Tell us privately what’s on your mind (just don’t expect us to respond).

NOTE: The Direct eMail form does NOT sign you up for the newsletter or subscribe you to the blog. Those links are at the bottom of the page in the column on the right. To leave a comment on this blog post, use the Leave a Reply form at the very bottom of this post.

To leave a public comment on this blog use the Leave a Reply box.